Featuring “Take Me On” by Richie Sambora (Click the space between the title and “Share” to play without opening a new window.)

Lexa’s got her hands full at the state ball. Not only is she working security for the city’s officials, but she’s doing it all glammed up at their insistence on blending in. To make matters worse, her boss literally throws her into the arms of a rich merchant in the hopes of buttering him up so he’ll donate more funds to the war effort. Not that Sir Duram minds; he’s quite taken with Lexa. 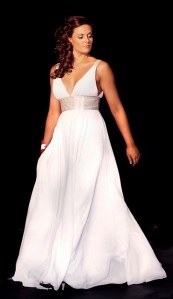 …And then Dirk comes along, the dream assassin. Why risk showing his face, unless it was to sweep Lexa off her feet… 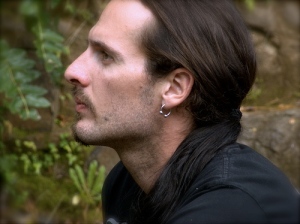 A faster song picked up, and before she could remove herself from the dance floor, another caught her up in his arms and began twirling her across the room. Lexa looked up and her eyes flashed with fury.

Dirk smiled, keeping step but not letting her go. He still wore all black, but a tailored silk shirt this time with the first couple top buttons undone, and his hair was smoothed back into his hair tie. 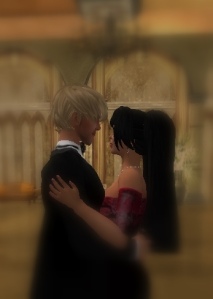 “What, you’re not going to talk to me?” he asked, and dipped her backward. His face loomed inches above hers in the pause as they hung suspended in the air. “I’m making an effort.” He brought her upright again, but the migrating ceiling made her slightly dizzy.

“What do you want? Are you here to kill someone? I’m not going to let that happen.”

He sighed. “While the challenge of taking out a target under everyone’s nose would be interesting, it would also be messy.”

Lexa gritted her teeth. “You prefer dream killing?” She tugged to get her hand back, but he squeezed tighter and wrapped his other arm in a secure hold around her waist.

“Must we talk about work?”

“You can always throw yourself out a window,” she said, and bent his wrist back until it cracked.

Dreamwalker is available on Amazon and other e-store retailers. And in response to popular demand, I am now writing the sequel: Dreamstealer.